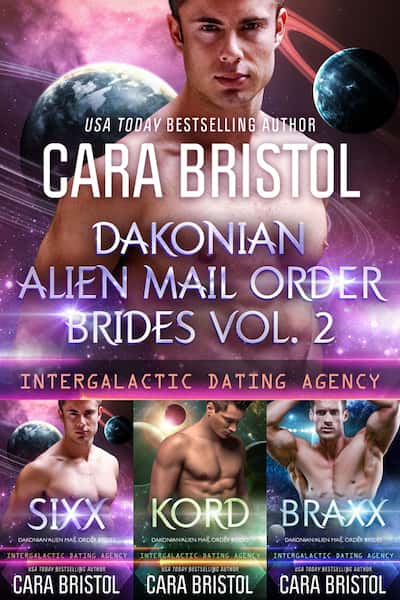 These aliens will do anything to meet their mates…even join a dating agency and come to Earth. But are humans ready for them?

Single alien dad seeks a mate with some moxie.

Software developer Moxie Maguire dreams of starting her own company. That’s why she logs fourteen-hour days working for an obnoxious boss. But when life seems to be passing her by, she sets another goal—meet Mr. Right, a man who can support her dream. She joins the Intergalactic Dating Agency and is matched with a hot-and-horned alien named…Sixx. Sexy as heck, a good listener, family-oriented—he’s the perfect man to share a life with. If only that life was on Earth.

Single dad Sixx has a dream, too. Find a mate, settle down, and raise more kits. With females in short supply on his planet, he heads for Earth to get a female before returning home to his young son. The instant he meets Moxie, he recognizes she’s his Fated mate. They’re meant to be together.

But he won’t abandon his child. And, unfortunately, his primitive planet has no use for computers than females.

Can Sixx convince Moxie to leave Earth with him? Or will two star-crossed fated mates have to part?

She’s a successful Texas restauranteur, but he’s hungry for more than what she’s cooking.

Barb Quintain owns the hottest restaurant in town, lives in a fabulous luxury apartment, and has a personality as big as the state of Texas. But outward confidence conceals old wounds as big as the Lone Star State, too. She hides behind success, fearing someone will discover what she’s really like—a fake,all broth and no beans. Then, one evening, Kord walks into her restaurant—the hottest, sexiest man she’s ever seen. An alien who’s so out of her league, she could never deserve him.

Kord doesn’t understand why none of his Intergalactic Dating Agency matches have panned out until he happens into Barbie Q’s Restaurant and meets the proprietress. His twitching horns immediately signal she’s his fated mate. Unfortunately, she doesn’t seem to recognize that. The only thing he can do is get her to hire him so he can convince her they’re meant to be together.

Just as Kord’s patience wins her over, and Barb begins to envision herself as his mate, a family crisis sends her running in her rhinestone boots.

Will confronting her past destroy their chance for a happy future?

She’s given up on love, but this alien won’t give up on her.

Holly Hansen has learned the shortcut to a broken heart is to fall for a persuasive charmer. It happened when her fiancé abandoned her when she needed him most. Everything about the smoking-hot Braxx, reminds her of her ex: his good looks, his confidence, his persistence. He won’t take no for an answer and shows up every night at the restaurant where she works. It’s enough to wear a girl down, make her doubt her convictions, maybe hope that love can conquer the heartbreak of the past.

Dakonian Braxx is an honest man with a simple need: find a good woman and raise a family. The instant he meets Holly Hansen, his horns begin to throb, and he realizes she’s his fated mate. He can’t wait to settle down and make beautiful babies with her. Unfortunately, she won’t admit they’re meant for each other. But he didn’t come this far to give up easily, and he hopes that with patience and baby steps, he’ll win her heart.

Just when it appears he might succeed, Holly’s bitter past comes back to jeopardize their happy future.

Can a heartbreak be too deep for love to fix? 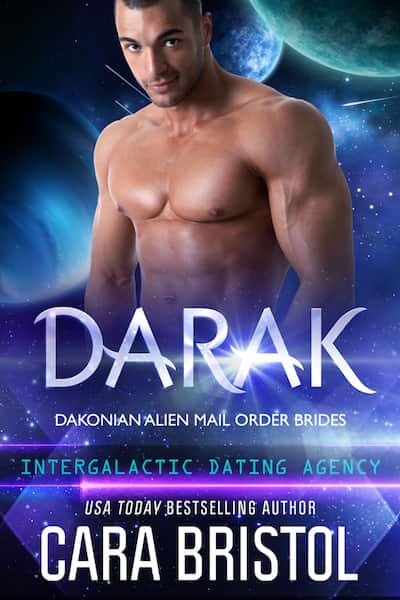 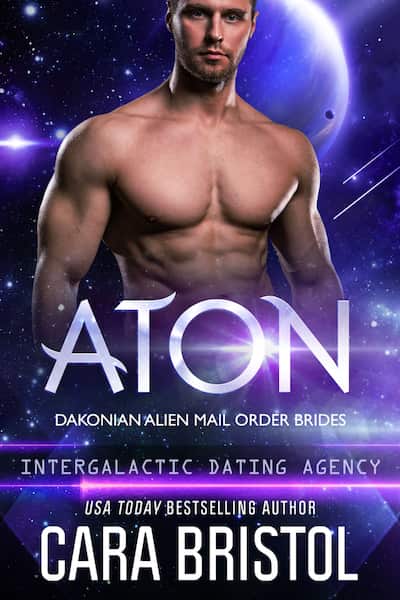 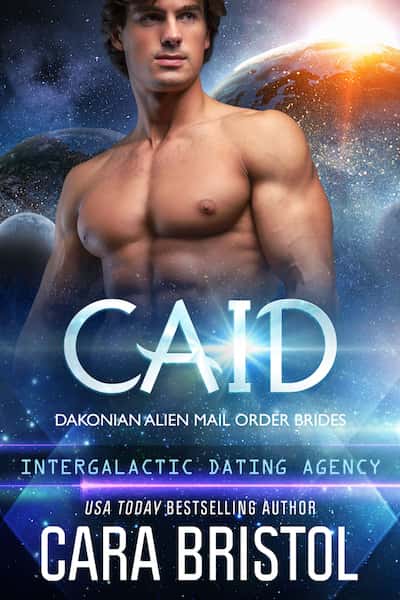 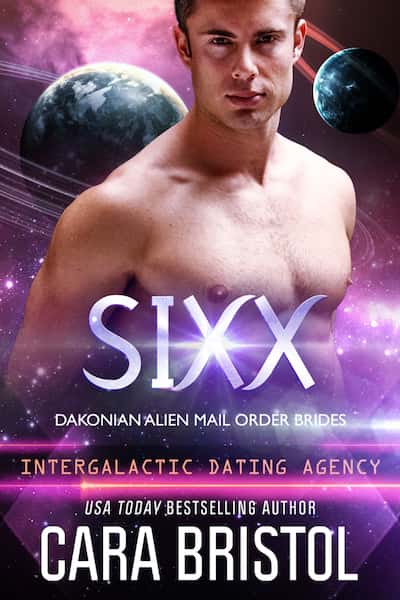 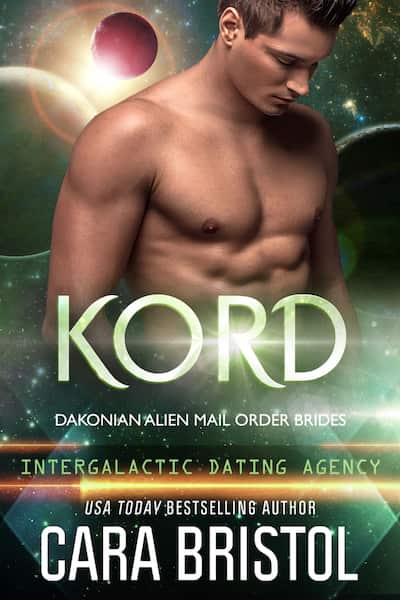 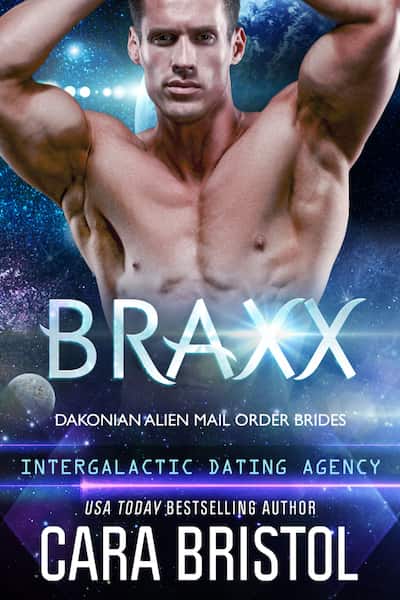 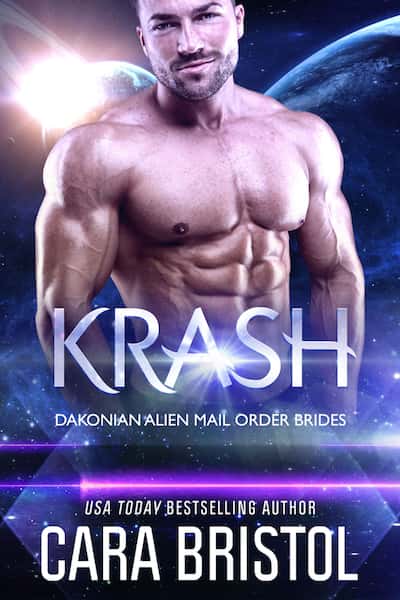 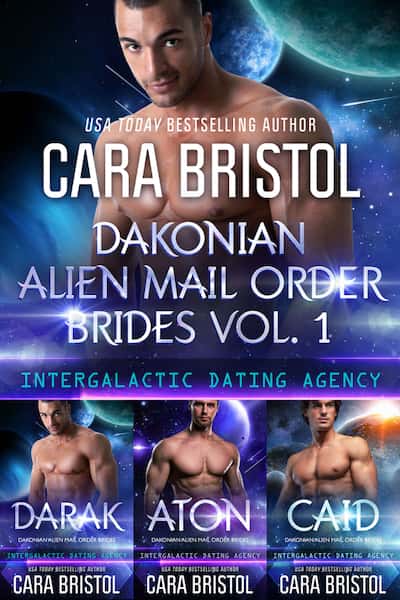